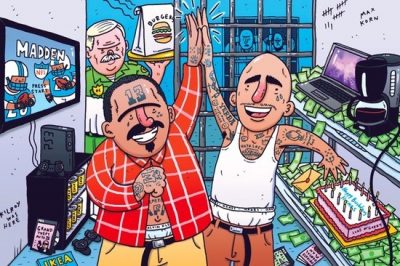 In response to a motion to suppress evidence and to dismiss an Orange County murder case for “outrageous government conduct” filed by Jerry L. Steering in People of the State of California Michael Baker, the Orange County District Attorney’s Office has decided  to release Mr. Baker on a “time served” “Alford Plea“, rather than risk having another Orange County Judge find ongoing systemic constitutional violations of arrestees by the Sheriff’s Department.

Accordingly to Mr. Steering, “If there ever was a sweetheart deal in Orange County Superior Court, this is it”.

In the Baker case, Michael Wesley Baker was accused of the murder of his grandmother, Sara Mowrey. She went missing in 2009 and Mr. Baker is the last person who admits having been with her on the night that she either left or was taken from her apartment. The Orange County Sheriff’s Department had a suspicion that Mr. Baker may have been involved in Sara Mowrey’s disappearance, but had no evidence other than him being the last person reported to have been with Mrs. Mowrey.

In Illinois v. Perkins, 496 U.S. 292 (1990) the Supreme Court held that the police did not violate the Constitutional rights of an arrestee who had not yet been charged with a crime by the District Attorney, when they engaged a jail inmate to question and obtain incriminating information from the arrestee. The Perkins court held that Miranda v. Arizona, 384 U.S. 436 (1966) held that one’s responses to police interrogation were inadmissible in court against one who not first advised of his Fifth and Sixth Amendment rights, because custodial police interrogation is inherently coercive. The Perkins court went on to hold that questioning by one who the arrestee believes is not the police doesn’t bear the same coerciveness as police interrogation, and, therefore, such “snitch statements” are admissible in court.

After Perkins , various police agencies would arrest one who they suspected of a crime but had no evidence to prove it, and subject them to anything from listening to questioning to threatening by fellow inmates and to police officers posing as inmates.

In Mr. Baker’s case, he was placed in a jail cell with two actual Mexican Mafia dropouts who were in-custody for serious violent felonies, and were paid $1,500 per day to obtain incriminating statements from Mr. Baker. The statements that were ultimately made by Mr. Baker were literally provided to him to repeat under express and implied threat of death or great harm to Mr. Baker and to his father; himself in prison on a Ponzi-scheme real estate conviction.

A day later, Mr. Baker was told that there was a lawyer present to see him. The police officer posing as a lawyer entrapped Mr. Baker into equivocally acquiescing to the murder of a witness to Mrs. Mowrey’s disappearance, who himself was a parolee at large who was apparently only a witness because the police put him up to make incriminating statements against Mr. Baker.

Ultimately, Mr. Steering filed motions to suppress and to dismiss the charges against Mr. Baker. Rather than risk having another murder case compromised by the Orange County Jail Snitch Scandal, the Orange County District Attorney’s Office folded, and permitted Mr. Baker to plead to one count of accessory after the fact and to solicitation of murder, and to release him from jail on time served without having to admit guilt and with no parole or probation.

According to Mr. Steering, “The problem with a Perkins Operations is that the police will get innocent as well as guilty parties to confess to crimes”.

See, the Orange County Register Article on the “Sweetheart Deal” below.

Prosecutors Agree To 3-Year Sentence, Not Life, After Defendant Claims Illegal Use Of Snitches

A man who faced a possible life term in prison if convicted of killing his grandmother, will get out immediately, after three years in jail, as part of a plea deal agreed to Thursday by Orange County prosecutors.

The deal marks at least the eighth high-profile murder or attempted murder case to result in a reduced sentence after allegations that local prosecutors and sheriff’s deputies misused jailhouse informants.

Michael Wesley Baker, 35, had long been suspected in the death of his grandmother, Sara Mowrey, who disappeared from her Laguna Niguel assisted living home in January 2009.

But as part of the deal struck Thursday Baker pleaded guilty to a single count of being an accessory after the fact, and a single count of solicitation to commit murder, according to court records. The original charge against Baker included murder with three counts of solicitation to commit murder. If convicted of those charges he faced more than 100 years to life in prison.

The plea was reached after Baker accused Orange County law enforcement of illegally using long-time jailhouse informants, Raymond “Puppet” Cuevas and Jose “Bouncer” Peredes, to threaten him while he was in custody. Baker, in court documents, also accused two sheriff’s deputies of threatening to kill his father if he did not confess to undercover officers.

Baker did not admit guilt Thursday but acknowledged that authorities had sufficient evidence to convict him. He will not have to serve probation or parole and was expected to be out of custody on time served by early (Friday), said his lawyer Jerry Steering.

“If there ever was a sweetheart deal offered to a criminal defendant in Orange County Superior Court, this is it,” Steering said. “(Baker) is a free man now.”

Prosecutors said Thursday that the plea had nothing to do with informants. Instead, they said, the case against Baker would be “challenging to prove.”

“We evaluated our position and decided in light of all the circumstances, this was the best outcome,” said Michelle Van Der Linden, spokeswoman for the Orange County District Attorney’s Office.

Van Der Linden pointed out that the victim’s body was never recovered and that the alleged crime took place nearly a decade ago, both factors that would make it tough to get a conviction.

“Since that time, we have re-evaluated some of the evidence gathered and determined we were likely to lose critical evidence… and if evidence were to be suppressed, we may not (have been) able to prove the case beyond a reasonable doubt.”

But the decision to drop the case against Baker — who had been investigated since 2009 and in jail for three years — also came less than a month after Steering filed paperwork detailing his client’s accusations against investigators.

According to court documents, Baker said he was forced to give incriminating statements in the Mowrey case while in custody on an unrelated crime, five years ago. Baker said Orange County Sheriff’s Deputies Benjamin Garcia and William Grover threatened to kill his father — William Warren Baker — who at the time was in prison for running a real-estate Ponzi scheme and cashing his mother’s Social Security checks after he had reported her missing.

Garcia and Grover are two of several local deputies caught up in the county’s informant scandal. Sheriff records show that for years deputies ran a network of jailhouse informants who coaxed evidence from accused criminals, and that prosecutors used that information to gain convictions — a practice decried in at least two court rulings.

Over the past two years both deputies have invoked their Fifth Amendment rights against self-incrimination when called to testify in cases connected to informants.

Baker’s lawyer, Steering, said he believes prosecutors agreed to the deal as a way to hide details of their investigatory tactics.

“They get a cold case and, if they don’t have anything on anybody, they create their own facts,” Steering said.

“Defendant is clearly attempting to exploit this situation by hoping this court engages in improper speculation regarding these deputies’ (Fifth Amendment statements),” Hunt wrote.

Hunt also told the court that prosecutors planned to use “voluntary statements that (Baker) made to undercover officers who posed as inmates before he was formally charged.”

Steering said the informants, Cuevas and Peredes, were paid up to $1,500 each, per day, for getting information from Baker. Court records in other cases show that Cuevas and Peredes — both former Mexican Mafia leaders — were paid more than $335,000 over a four-year window for work as informants throughout Southern California, though the documents do not detail amounts paid for specific cases.

In court documents Baker also claimed that an undercover officer masqueraded as an attorney to entrap him to commit a crime — an allegation also flatly denied by Hunt.

At least one family member, related to both Mowrey and Baker, said Thursday that she was “devastated” by the deal that lets Baker go free.

“Nine years is a long time to live without knowing what happened to your mother,” said Leanne Loudin, Mowrey’s daughter and Baker’s aunt.

“There isn’t any justice for mother, and that’s the thing that really hurts.”

Mowrey was reported missing from her assisted living home on Jan. 13, 2009, leaving behind her hearing aid, walker, medication and purse. Baker was reportedly the last person to see her alive the previous night.

Investigators suspect that Baker killed her and disposed of her body in a nearby trash bin, but her body was never found. Officials said Baker also later tried to solicit undercover deputies to kill a person who had witnessed him trying to get rid of the body.

Baker was arrested and charged with murder in September, 2014.

Though Baker’s allegations against deputies were disputed by local prosecutors, it wasn’t the first time he’s accused investigators of lying. And, in a previous case, evidence backed his claim.

In 2009, eight months after Mowrey went missing, Baker was arrested on suspicion of burglary at a Laguna Niguel home. He told deputies he was in the area looking for a friend because he had run out of gas.

He was charged in part because deputies said they didn’t check to see if his car was operational. But footage taken by a dash-cam video player showed a deputy checking Baker’s car and learning it was, indeed, unable to start, as Baker claimed. Prosecutors eventually dropped the charge.