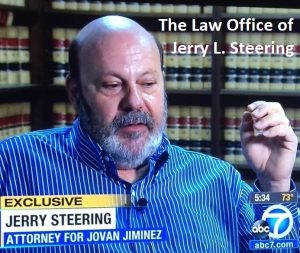 Below are some of Jerry L. Steering’s OC Police Misconduct Cases:

Torrance v. County of Orange, et al., U.S. District Court, Central District of California (Santa Ana)(2010); Skip Torrance recently settled a lawsuit with the county and Laguna Beach over a false arrest and being shot with a taser obtained $380,000.00 for unreasonable force and false arrest.

Sharp v. County of Orange II, et al.; Ninth Circuit Court of Appeals (Published Opinion) holding among other things that unlike a search warrant, an arrest warrant generally does not allow the officers executing it to detain others; $250,000.00 recovery for clients 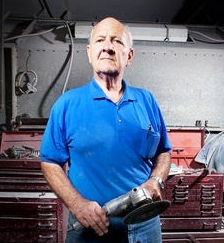 Sharp v. City of Garden Grove, OC Superior Court (2000) Mr. Steering obtained a $1,110,000.00 jury verdict against Garden Grove Police Department officers, along with a CHP officer and state parole agents, for the warrantless search of the body shop that was owned by the parolee’s father, and where the parolee worked when he wasn’t in prison. The parole department had denied GGPD Narcotics Bureau permission to do a “parole search” of the plaintiff father’s body shop, as they had no authority to do so.

If you are the victim of police misconduct, such as a false arrest, the use of excessive force, a malicious criminal prosecution, first amendment / free speech retaliation, or other police outrages, we can help you. See, What To Do If You Have Been Beaten-Up or Falsely Arrested By The Police.