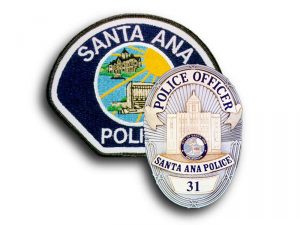 Mr. Steering has been suing police officers, and defending bogus criminal cases of crimes against police officers, since 1984, and in California since 1986. Mr. Steering’s  a member of the State Bar of Georgia, and had also litigated cases in Georgia, Alabama and the District of Columbia. He is an expert in police brutality / excessive force and false arrest cases, and has been litigating these cases since 1984.The great majority of Mr. Steering’s law practice is defending bogus criminal cases against the victims of abuse by the police, and suing police officers and other government officials, for claims such as false arrest, police brutality / excessive force, malicious prosecution, and other “Constitutional Torts.”

Jerry L. Steering, Esq., is a both civil and criminal lawyer.

“Criminal”, in the sense that almost always following the police abusing (i.e. beating-up, tasing, pepper-spraying, etc.) a civilian, they routinely at least attempt to procure the filing of some sort of “resistance offense” for your daring to question or protest their authority of actions (“Contempt of Cop“), for at least a misdemeanor Count of violation of Cal. Penal Code §148(a)(1), resisting / obstructing / delaying a peace officer engaged in the lawful performance of his/her duties, or these days, if they really beat you up badly, for violation of Cal. Penal Code § 69; felony resisting officer with threat of, or use of force and violence.

If you have been the victim of Excessive Force by a police officer, please check our Section, above, entitled: “What To Do If You Have Been Beaten-Up Or False Arrested By The Police“. Also, please click on “Home“, above, or the other pages shown, for the information or assistance that we can provide for you. If you need to speak with a lawyer about your particular legal situation, please call the Law Offices of Jerry L. Steering for a free telephone consultation.