Jerry L. Steering, Esq., is a Police Misconduct Attorney out of Newport Beach, Orange County, California, who specializes in suing police officers for, among other things, the use of excessive force upon civilians. His law practice involves serving, among other places, Orange County, and the Orange County cities shown below.

These “resistance offense” cases are almost always bogus arrest and criminal prosecutions, to shift the blame from the peace officer (i.e. police officer or deputy sheriff) who used excessive force upon an innocent, or falsely arrest such persons. Mr. Steering is an expert in brutality / excessive force cases, false arrest cases and malicious prosecution cases; both civil and criminal.

Here are some examples of Mr. Steering’s cases against the Orange County Sheriff’s Department: 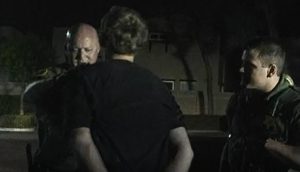 David Andrews was unlawfully detained for sleeping in his car on private property; something that is not a crime. When the deputies let him go and started leaving the scene, Mr. Andrews called the Sheriff’s Department to complain about the deputies. When the deputies heard that 911 call from Mr. Andrews, they returned to him, tased him and took him to jail.

Gomez v. County of Orange; U.S. District Court (Santa Ana); the survivors of Jason Gomez received a $2.1 million settlement for the wrongful death of Jason Gomez at the Orange County Jail due to suffocation via positional asphyxia. 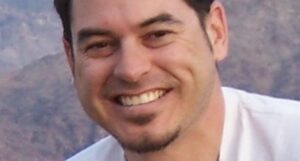 Jason Gomez was incarcerated at the Orange County Jail on a Probation Violation. The jail refused to provide Mr. Gomez with his psych medications for five days. This caused him to return to a semi-psychotic state. When the jail nurse finally handed him his medication through the jail bars, he grabbed her arm and broke it. The jail deputies proceeded to perform a cell extraction, and Jason Gomez he fought them from doing so. The deputies then placed Mr. Gomez in a jail restraint chair with his hands behind him, that suffocated him from positional asphyxia; in this case known as a Palestinian Hanging.

Torrance v. County of Orange, U.S. District Court (Santa Ana); Skip Torrance recovered $380,000.00 after having been shot with a taser obtained after jumping out of his bed when deputies illegally jumped the wall surrounding his home, entered his bed room and shook him by his underwear, causing him to jump out of bed. 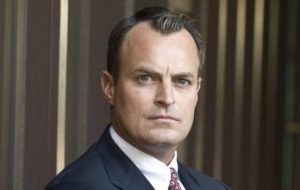 Skip Torrance is the All-America boy, and a high ranking bank executive. One Thursday evening he was strolling with his friends at the monthly Laguna Beach Art Walk event. At the end of the evening, Mr. Torrance home to his exclusive Dana Point home, and went to sleep. Meanwhile, some rather drunken adults actually had a fist fight in the cross-walk at the intersection of Cress and Pacific Coast Highway in Laguna Beach. The male had fled the scene, and when a “Mrs. Kravetz” type saw Mr. Torrance holding his toe that he just stubbed on the curb, and crying out in pain, she told the Laguna Beach police who were detaining the adults who did not flee the scene, that she thinks that she saw the man who fled. That man turned out to be a local Laguna Beach resident; not Mr. Torrance.

Laguna Beach PD Detective Larry Bammer ran Mr. Torrance’s plate, saw that he lived in Dana Point, and called the Orange County Sheriff’s Department to arrest Mr. Torrance. The deputies drove to his home, jumped the seven feet high block wall surrounding his home, entered his bedroom through the rear slider, and woke-up Mr. Torrance by pulling on his underpants. He jumped out of bed and was tased by the deputies, and taken to jail; an innocent man. 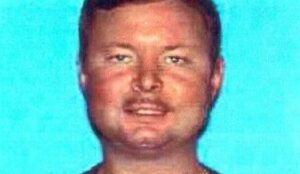 John Derek Chamberlain, 41, was killed Oct. 5, 2006, in the Theo Lacy Facility in Orange. An autopsy found he had been beaten in nearly every area of his body and had injuries similar to those from “a high-velocity car accident or a fall from multiple stories”. Orange County Sheriff’s Department deputy sheriff at the jail told the white shot-caller at the jail that Mr. Chamberlain was accused of child molestation, that his house was dirty (that he had a white child molester in his jail dorm), and to “clean his house” (to beat or even kill the inmate accused of child molesting) . In fact, he’d been charged with possessing child pornography. Veteran Jail Inmates have their own perverted code of justice in the jails, and although murder is lauded, a child molesting charge will get an inmate murdered. That is exactly what happened.

Butano v. County of Orange; U.S. District Court (Santa Ana); Orange County paid $727,500.00 to settle a civil rights lawsuit by a South County woman who accused sheriff’s deputies of storming her house, slamming her face into the ground, taking her to jail and seizing her children – all because she refused to answer the door. 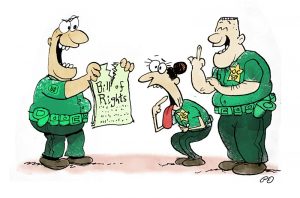 Nancy Butano was at home with her two eighteen-month old children when Orange County Sheriff’s Department deputy sheriffs entered Butano’s home without a warrant, without permission and without identifying themselves. Ms. Butano was on the phone and Deputies Stumph and Martino ordered her to get off the phone. When she didn’t immediately come to the door, the deputies began battering Ms. Butano, twisting her arms behind her back. When Butano asked why Stumph and Martino were in the house and told Stumph to let her go because she had done nothing wrong, an officer told her to “shut up” and stated that “we are the Orange County Sheriffs and we are conducting a criminal investigation.” They took her to jail and had her children temporarily taken away by Child Protective Service.

Spring v. County of Orange, U.S. District Court (Santa Ana); James Spring, 62, recovered $500,000.00 for injuries suffered by him when the jail staff knew that he had a hernia, and nonetheless forced him to work in the jail kitchen. 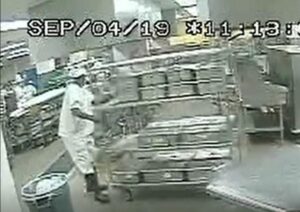 James Spring, who had been homeless, entered Theo Lacy jail in September 2019 to serve a 60-day sentence for misdemeanor possession of methamphetamine. Spring, 62, had a hernia when he arrived. A jail nurse excused him from having to work while in custody, but neglected to give him a written release — called a “chrono” — to show deputies, When deputies ordered Spring to work, he told them about his medical condition and that he had been excused. But Spring didn’t have a written release to show the deputies. Because of his kitchen job, Spring suffered a ruptured hernia and was rushed to Anaheim Global Medical Center. During surgery, a doctor severed a nerve, leaving Spring unable to feel his penis. 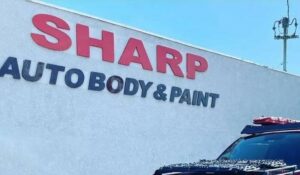 In 2000, an Orange County Superior Court jury awarded Merritt Sharp III $1,000,000.00 for a 45 minute detention of his person for the warrantless search of his Auto Body Shop. Seventeen years later, Mr. Sharp again obtained $250,000.00 following a landmark Opinion from the United States Court of Appeals for the Ninth Circuit, when that court held that when law enforcement officers are entering a residence with an arrest warrant for another, or even for a probation or parole search, that peace officers may not detain anyone but the target of the arrest warrant, or the parolee or probationer. Now, because of the Sharp v. County of Orange case, if one is west of Utah in the United States, the officer may only detain such warrant target, and no one else. 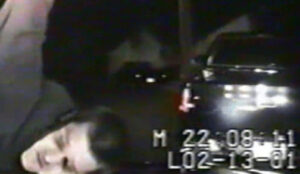 Corey Baima was stopped by Orange County deputy sheriff pursuant to a call for service by Baima’s grandmother for playing his video games too loud. When the deputies stopped Mr. Baima, he walked toward them to find out why they stopped him. They slammed on the hood of his car, and tortured him when he told them that he knew his rights.

If you are the victim of police misconduct, such as a false arrest, the use of excessive force, a malicious criminal prosecution, first amendment / free speech retaliation, or other police outrages, we can help you. See, What To Do If You Have Been Beaten-Up or Falsely Arrested By The Police.