Suing the police and defending bogus criminal cases since 1984 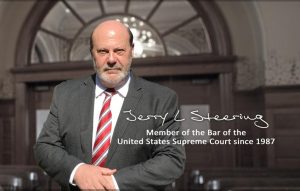 Jerry L. Steering, is a Police Misconduct Attorney serving Upland and throughout Southern California. He has been suing police officers and other government officials since 1984.

DON’T GET FRAMED, GET PAID. TURN YOUR BOGUS CRIMINAL CASE INTO A WINNING CIVIL RIGHTS CASE AGAINST THE POLICE.

Here are a few examples of cases that Mr. Steering has won against the Sheriff Department; an agency that has literally gone off of the deep end in the High Desert / Victor Valley area:

IF YOU WERE THE VICTIM OF POLICE MISCONDUCT, MR. STEERING CAN HELP YOU.