Suing police officers and defending bogus criminal cases since 1984
Steering Law OfficesIs It A Crime To Refuse To Identify Yourself to a Police Officer in California? 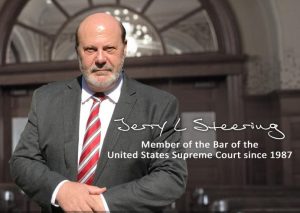 Martinelli is still binding law in the Ninth Circuit, even in the wake of Hiibel v. Sixth Judicial Dist. Court of Nev., 542 U.S. 177 (2004). Contrary to defendants’ claim that Martinelli is “no longer good law in the wake of Hiibel,” Hiibel merely upheld a Nevada “stop and identify” statute which specifically authorized arrests of lawfully detained persons who refused to identify themselves. Hiibel, 542 U.S. at 188. The Hiibel court clarified its holding, so as not to confuse officers in defendants’ position: “the source of the legal obligation arises from Nevada state law, not the Fourth Amendment.” Id. at 187 (emphasis added). The California Department of Justice has acknowledged that Hiibel does not provide a basis for arrest under Cal. Penal Code § 148(a)(1) where detainees refuse to provide identifying information to police officers[1].

Thus, Martinelli’s proscription against use of Cal. Penal Code § 148 to arrest detainees for failing to identify themselves is still controlling. See also, People v. Christopher 137 Cal.App.4th 418 (2006), a post-Hiibel case.

JUST BECAUSE IT’S NOT A CRIME DOESN’T MEAN THAT THE POLICE WILL NOT ARREST YOU FOR COMMITTING IT.

The police admit but spin what they can’t deny (i.e. conclusive video or audio recording), and deny anything prejudicial, or any material fact that is viewed as potentially helpful to the victim of police abuse being able to recover compensation for outrages perpetrated upon them. A recent example of the ignorance about and misuse of Cal. Penal Code § 148(a)(1) is the arrest of actress Daniele Watts in Los Angeles by the LAPD. The LAPD received a call that a man and a woman were getting it on in a car in Los Angeles. When they arrived at the scene they saw Daniel Watts and her boyfriend, but they weren’t doing anything. The LAPD Officer started his investigation for a possible case of lewd conduct in public (Cal. Penal Code § 647(a)) and asked Ms. Watts for her name. She refused to tell the officer her name, claiming that she had a right not to do so. Notwithstanding the fact that Ms. Watt’s claim was correct, the LAPD Officer told her that she had no such right and that she was obligated to divulge her identity to him (which is not the law.) Because of Ms. Watts’ refusal to identify herself, the LAPD Officer handcuffed her and placed her in the back seat of his patrol car (listen to recording here.) Throughout the contact, one can hear the officer repeat that he had “probable cause” (of some crime; which he didn’t), and that when the police are investigating a crime that a civilian has a duty to cooperate with the police including having to tell the police who they are, under the threat of arrest for non-compliance for Cal. Penal Code § 148(a)(1). The officer was wrong on both counts. First, a person has no obligation to cooperate with a police investigation; especially of themselves. See, People v. Shelton, 60 Cal.2d 740 (1964) (“A suspect has no duty to cooperate with officers in securing evidence against him . . . “.)

People v. Quiroga, 16 Cal.App.4th 961 (1993); People v. Christopher, 137 Cal.App.4th 418 (2006); United States v. Christian, 356 F.3d 1103 (9th Cir. 2004); Martinelli v. City of Beaumont, 820 F.2d 1491 (9th Cir. 1987). So, while LAPD Chief Charlie Beck was on radio and television defending his officer’s arrest of Ms. Watts for refusing to divulge her name (See KCAL 9 TV Broadcast), he was encouraging other LAPD officers to commit crimes against civilians like the LAPD officer did against Ms. Watts when he cuffed her and placed her in his car for violation of Cal. Penal Code § 148(a)(1) for failing to identify herself. That’s a federal crime by the LAPD Officer; a violation of federal constitutional rights under color of authority; 18 U.S.C. § 242; a felony. Fear not, however, Chief Beck; the Los Angeles District Attorney’s Office has now come to your rescue. The California District Attorney’s Association and the California Department of Justice has even published guidance for California Peace Officers on this issue, and that guidance is that a failure to identify oneself to a peace officer is not a crime in California:

“The U.S. Supreme Court has drawn a distinction between a detainee’s duty to identify himself and his duty to answer non-identification questions during a lawful detention. In Berkemer (1984) 468 U.S. 420, 439, the court stated that a detainee is not obligated to answer any questions you put to him during a lawful detention. However, in Hiibel, the Supreme Court clarified that it was not referring in Berkemer to questions regarding identity. The Court upheld as constitutional a Nevada “stop and identify” statute and found that a detainee’s failure to identify himself could be the basis for a lawful arrest under a companion statute almost identical to Penal Code section 148. (Hiibel (2004) 124 S.Ct. 2451.)

Unlike Nevada and other states, California does not have a statute mandating that a detainee identify himself, and that obligation cannot be read into Penal Code section 148. Although you may take whatever steps are reasonably necessary under the circumstances to ascertain the identity of a person you have lawfully detained, Hiibel does not provide a means for arresting someone for failing or refusing to identify himself. The Ninth Circuit has ruled that a suspect’s failure to identify himself cannot, on its own, justify an arrest: “the use of Section 148 to arrest a person for refusing to identify herself during a lawful Terry stop violates the Fourth Amendment’s proscription against unreasonable searches and seizures.” (Martinelli (9th Cir.1987) 820 F.2d 1491, 1494; Christian (9th Cir.2004) 356 F.3d 1103, 1106.)”

Notwithstanding this clear pronouncement of the reach and ambit of Section 148(a)(1), specifically, that it does not criminalize a person’s failure to identify himself to a peace officer, even if the officer is lawfully detaining him/her, apparently out of pure political defiance, the Los Angeles Police Department actually directs its police officer to ignore the California Department of Justice and the California District Attorney’s Association on that issue. The LAPD publishes a bulletin to it’s officer, telling that that it’s a crime for a lawfully detained civilian to fail to identify himself to a peace officer.

Moreover, to make matters worse, the Los Angeles County District Attorney’s Office eventually filed criminal charges against Miss Watts for lewd conduct in public, but not for the crime that she was initially seized for; violation of Section 148(a)(1.) She ultimately pleaded guilty to disturbing the peace; a de minimis misdemeanor, and received a fine; precluding her for suing the officer for arresting her for a crime that she was innocent of. This is pure politics, of the worst sort.

The District Attorney’s Office knows that Miss Watts didn’t violate Section 148(a)(1); (the crime that Miss Watts was handcuffed and placed in the police car for, and they knew that the ACLU had been discussing Miss Watts’ options with her. Nonetheless, the DA’s office came to the rescue of the LAPD officers, by obtaining a conviction of her (guilty plea bargain) for disturbing the peace; a de minimis misdemeanor. She was never charged with violation of Section 148(a)(1); the charge that she was arrest for violating. However, because the Supreme Court has decreed that as a matter of “public policy”, that if you’re convicted of anything, anything, that you can’t sue the arresting officer. So, if the officer arrested you for murder, and you were required to post $1,000,000.00 bail, if a reasonably well trained officer would have had probable cause to arrest you for anything that the laws proscribes (i.e. seal belt violation), then you can’t sue the officer for false arrest; even if he/she didn’t have a clue that your conduct constituted a violation of some other criminal / vehicle statute. See, When v. United States, 517 U.S. 806 (1996) (standard for propriety of arrest by peace officer is the ”reasonably well trained officer in the abstract”; officer’s subject motive for search or seizure irrelevant to determination of fourth amendment violation.)